Today I left Minneapolis, MN with In Defence for a month-long tour. In 3 days we’ll be meeting up withToxic Holocaust and Ramming Speed, and continuing along the east coast to play some ridiculous shows and drink tons of beer. 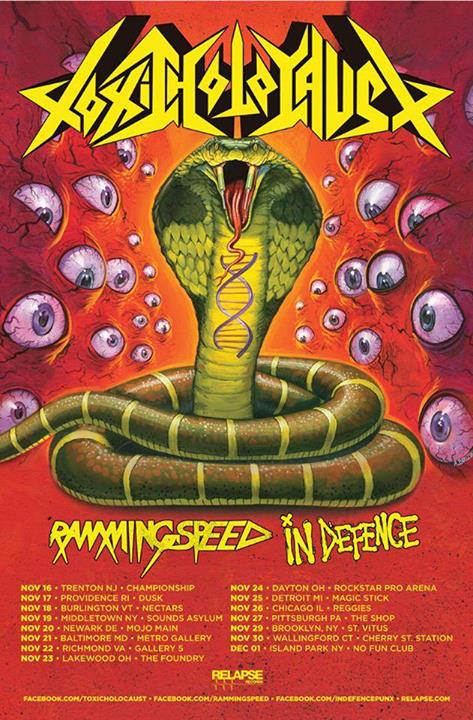 I write this first passage from the living room floor of Derek Martha, gracious host and drummer for Midwest grind fucks Minimum Wage Assassins and Mass Murder Messiah. It’s four in the morning, I’ve been awake for nearly twenty-four hours straight, and we’ve just finished stuffing ourselves with Triscuits and Old Milwaukee… I think this is unequivocally the right moment to start a tour journal.

I met up with In Defence around two in the afternoon on Tuesday, November 12th, 2013, and we spent a good hour practicing our Tetris skills packing gear and merchandise into the back of the van. Before leaving Minneapolis, we dropped a cool hundred bucks in EBT money on groceries (hope the feds aren’t reading this), and stood around awkwardly while an irate woman demanded her beet stalks back from the cashier. (“You don’t throw those away, I use those! They’re organic; I eat them!”) 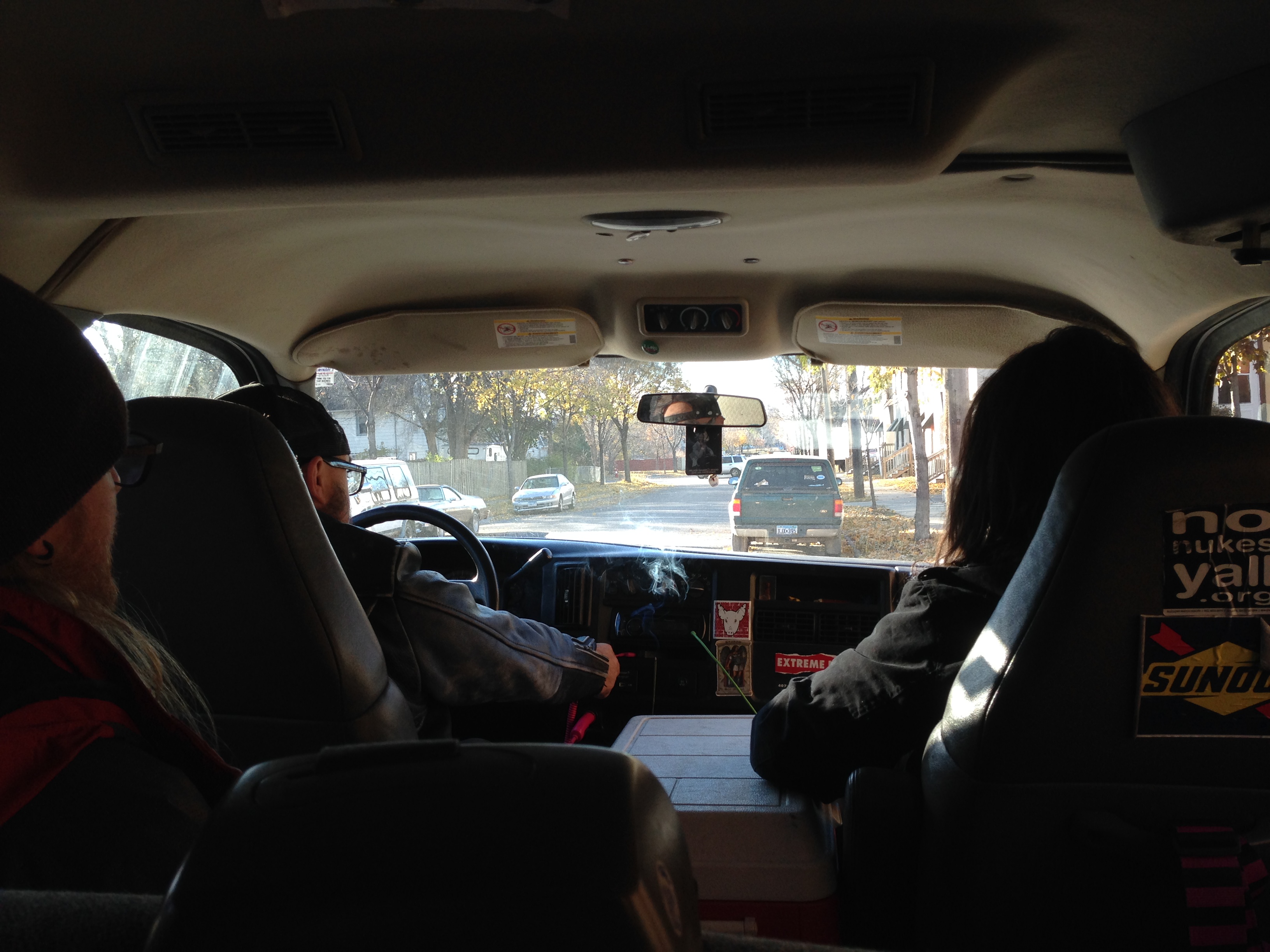 We got on the road shortly thereafter, only to get stuck in traffic immediately upon leaving. Our drive to Dekalb, Illinois took all day, although this early on in the tour it was difficult to be impatient with traffic jams and roadwork. We arrived at the 7th Street Space around 10 PM, and had all of twenty minutes to set up before In Defence went on—Gonzo Violence and “Richardson” Richardson delivered some blisteringly intense grindcore, but damn, you motherfuckers played for like seven minutes combined. 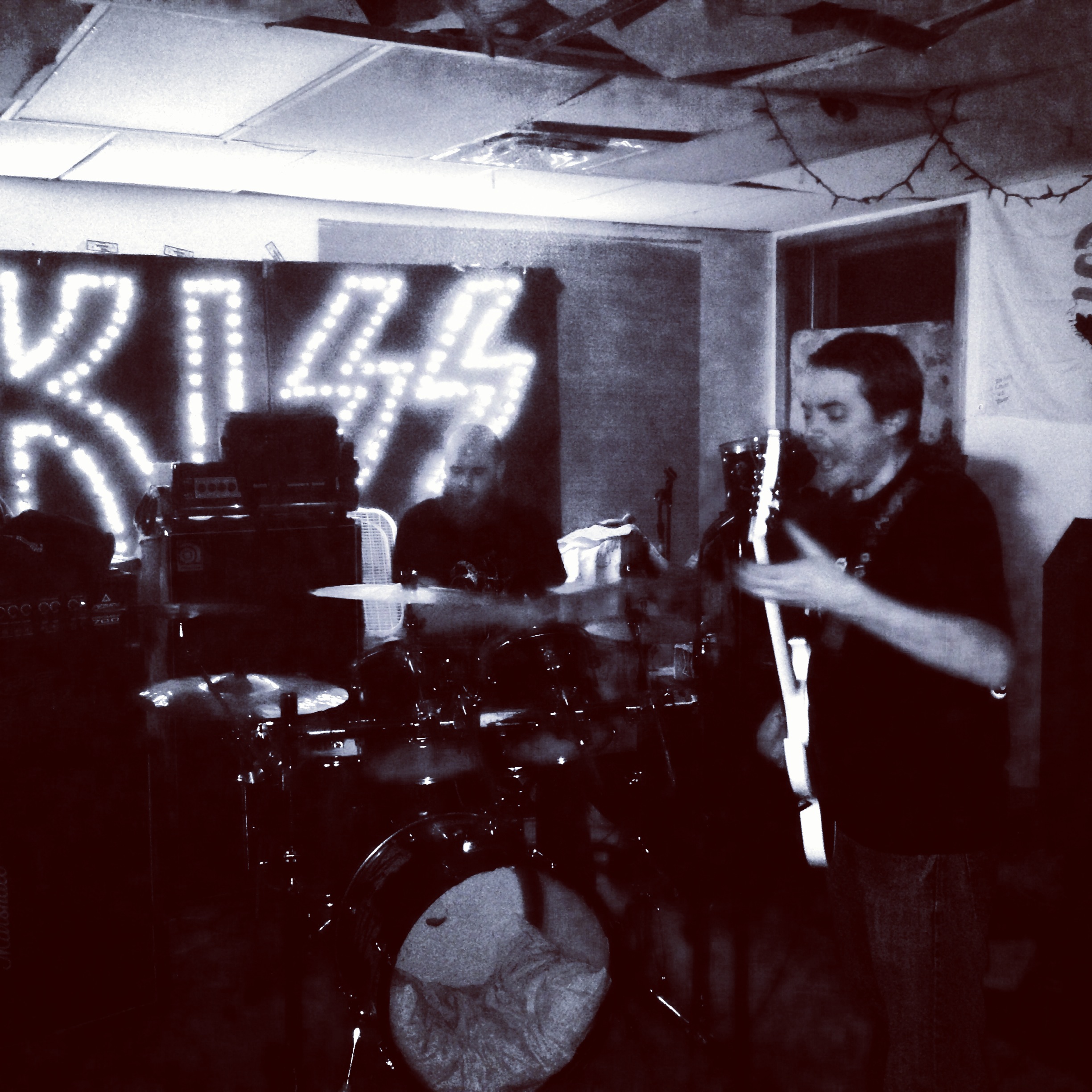 In Defence tried out some new antics for this small DIY show, and Ben Crew made sure to get his lines right about The Police—not the guys who arrest middle-school kids for bringing matches to class, the dudes who wrote the creepiest song of the 20th century, ‘I’ll Be Watching You’—before proceeding with the rest of the set. I sold a few merch items during In Defence’s set, and while confusedly attempting to organize the money and item checklist, had the entire merch table toppled onto me during ‘Boom Box Crew.’ I think this is something I’ll get used to as the tour progresses. 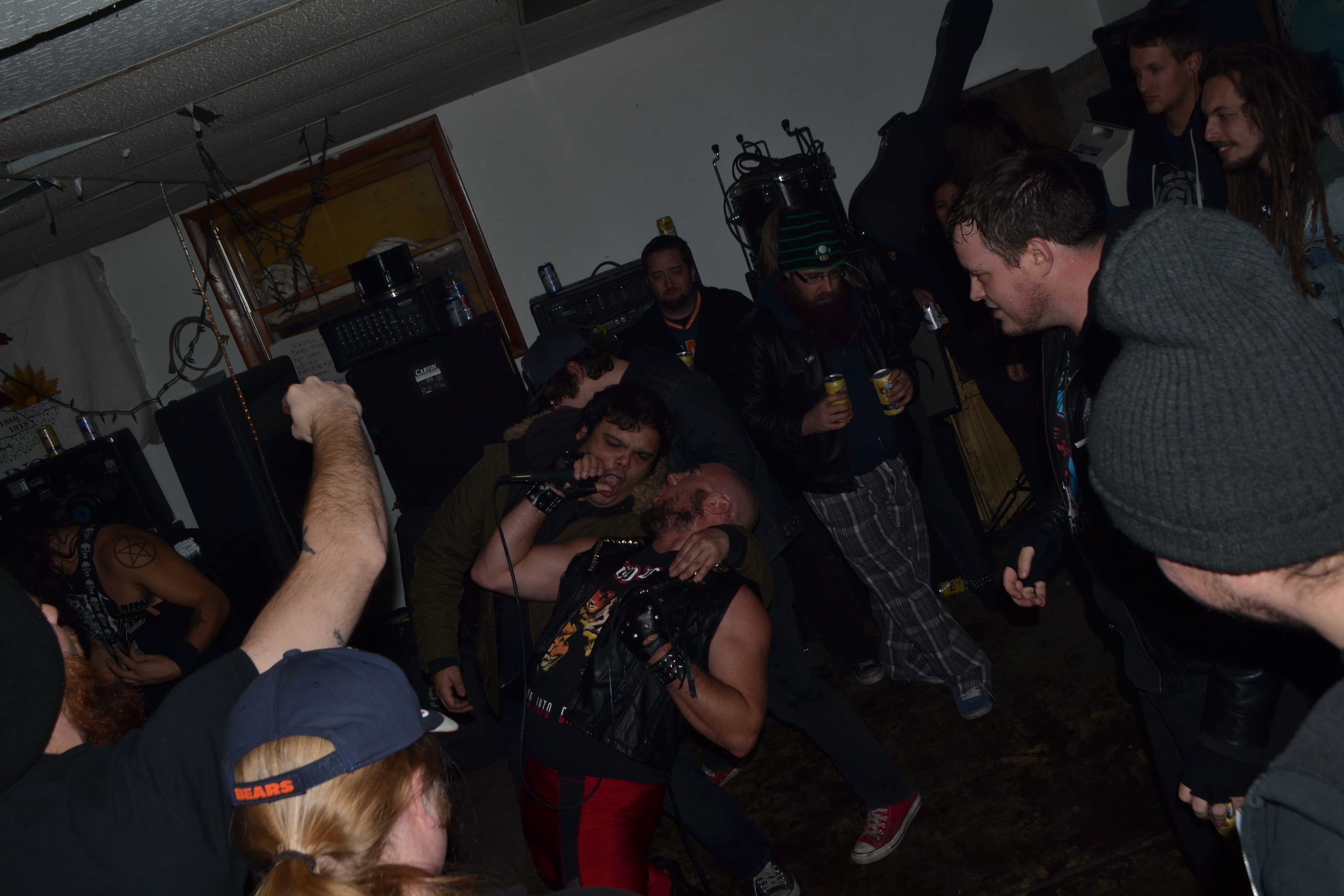 Minimum Wage Assassins rounded out the bill, and Derek was kind enough to let us crash at his place after word. Following a rousing viewing of ‘Freeway,’ the rest of the band crashed out, leaving Kevin Alter, Derek and I to discuss the art of film behind Hulk Hogan’s Suburban Commando—truly one of the finest pieces of cinema ever created.

I know this entry was a bit lengthy (insert Butthead laugh here, uhuhuh), but I’ve got to start somewhere. Tomorrow we eat breakfast at Burrito Loco, then head to Fort Wayne, Indiana. We meet up with Toxic Holocaust and Ramming Speed on November 16th in Trenton, New Jersey, and ‘excitement’ is an understatement. Thanks for reading, and for being a dorky metal-head who finds this stuff interesting—I assume if you’ve done the former, you’re probably the latter.