This week some DEADLY stuff came in!

First, a box of great records and CD’s from Doomsday Machine……

What caught my eye about doing this trade was that they had repressed the INERTIA KILLS Trop Tard 7″  which I used to own back in the 90’s, but I sold a large portion of my record collection back in 98 so I have not heard this in years……and man it still has the same impact on me now as the first time I heard it! For those of you who appreciate sludgy down-tuned crust-as-fuck grind…this is the band for you! This second pressing was only 500 so grab one while you can! Trop Tard is an innovative classic for all fans of heavy grind!

Also in from Doomsday Machine :

STRIVER As Dirty As It Seems CD – This debut album is the epitome of dirty, nasty and 80′ straight foward hardcore!!! for fans of DRI, Municipal waste and Black Flag!

BLUNT FORCE TRAUMA / BOMBNATION Split LP – Tracks from Blunt force Trauma are taken from Hatred for the State ep, while Bombnation’s songs will be all new stuff and more crossover oriented! For fans of DRI, SOD, SLAYER and MUNICIPAL WASTE.

IMMORAL SQUAD Felon LP – Twelve tracks that kick your ass with a lot of pain.

And another great record that came in is the THE NOW DEAD 7″ from Rust and Machine. I hand picked this one because it was compared to the likes of  Chaos Z / Killing Joke / Rudimentary Peni / Christian Death / The Mob. Anyone who has known me for a long time knows that deeps down inside lurks a HUGE Kookee Spookee Deathrocker! And I was not disappointed by this record. It really has all of the quintessential 80’s death rock elements! If yer a fan of modern bands in the same vein such as ALARIC or CROSSED STITCHED EYES you will devour this! 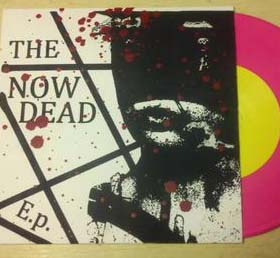 Also in stock from Rust And Machine this week :

PROTESTANT The Hate And The Hollow LP

NAPALM RAID – Trail of the world 7″

Also this week we got a few items from Grind Freaks Japan!

And last but not least from Selfmadegod the STORMCROW Enslaved In Darkness CD reissue! 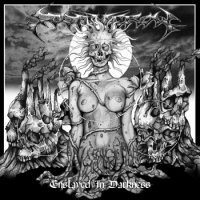 We will be having lots and lots more new stuff coming in within the next couple of months as I am in the middle of several trades with record labels from all over the world! More heavy goodness to come in the very near future!

Thanks for reading and stay tuned!