I am writing this from behind the merch table at Nectar’s in Burlington, Vermont. I’ve already acquired my first tour illness, and I’m attempting to wash it away with Magic Hat beer and copious amounts of gravy-laden French Fries… I’ll update the results of this makeshift remedy later on. 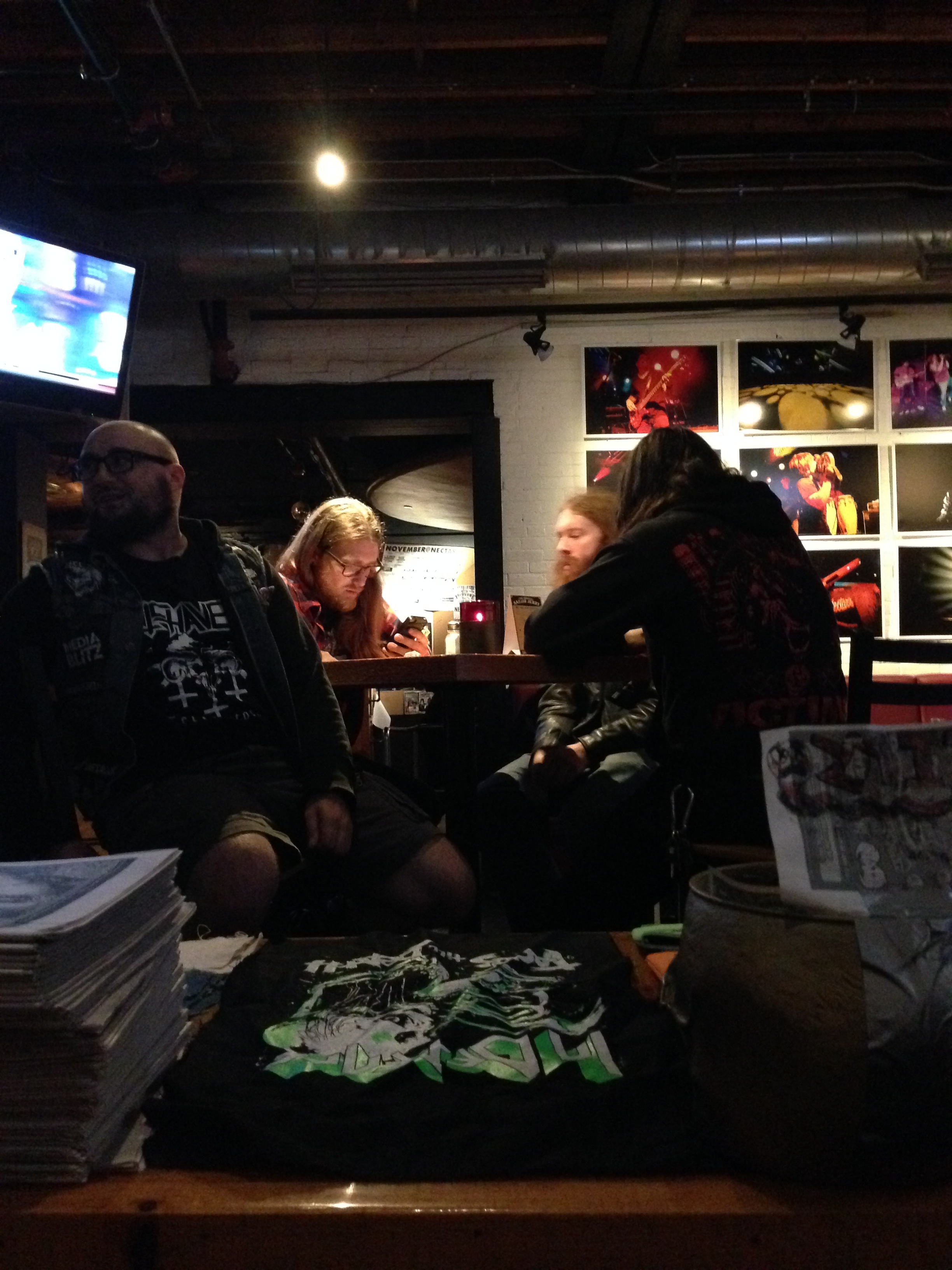 Last night we played in Providence, Rhode Island, at a bad-ass upscale venue calledDusk. It was right in the middle of a sketchy industrial district, but the turnout was great and the crowd ate up our tour package (cue Beavis and Butthead laughter). 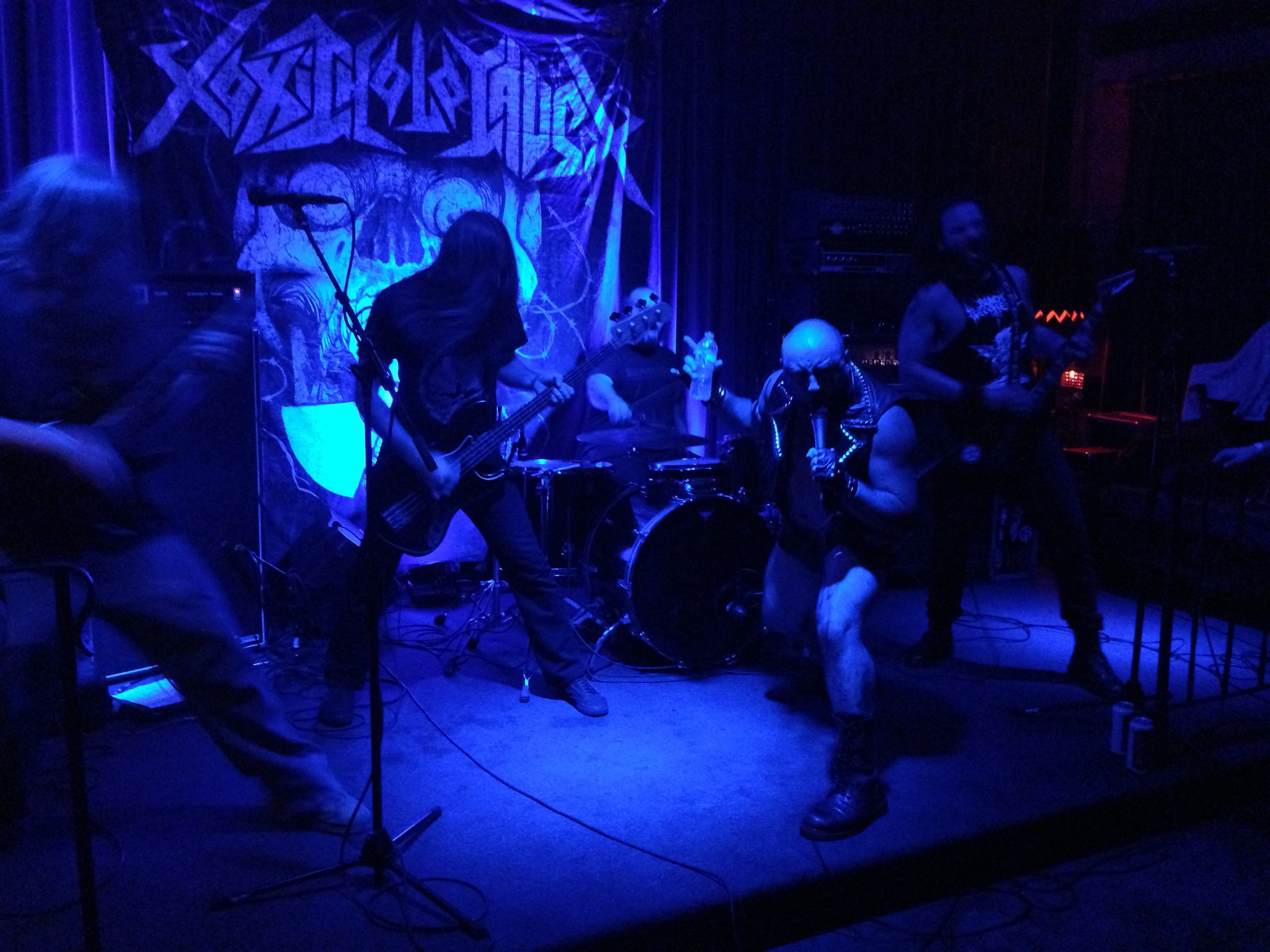 I woke up in Philadelphia to the smell of acrid smoke and burning food; Ben Crew has had terrible luck with cooking on this tour, such burning his shirt in an oven while trying to dry it off (at 410 degrees, for an hour) in Indiana. In this particular instance, Ben had burnt a bagel after getting it stuck in a toaster. Jeff Nicholas doused it in water to stop it from smoking, then threw it away… only for Ben to grab it out of the garbage moments later and eat it, burnt and soggy as hell. 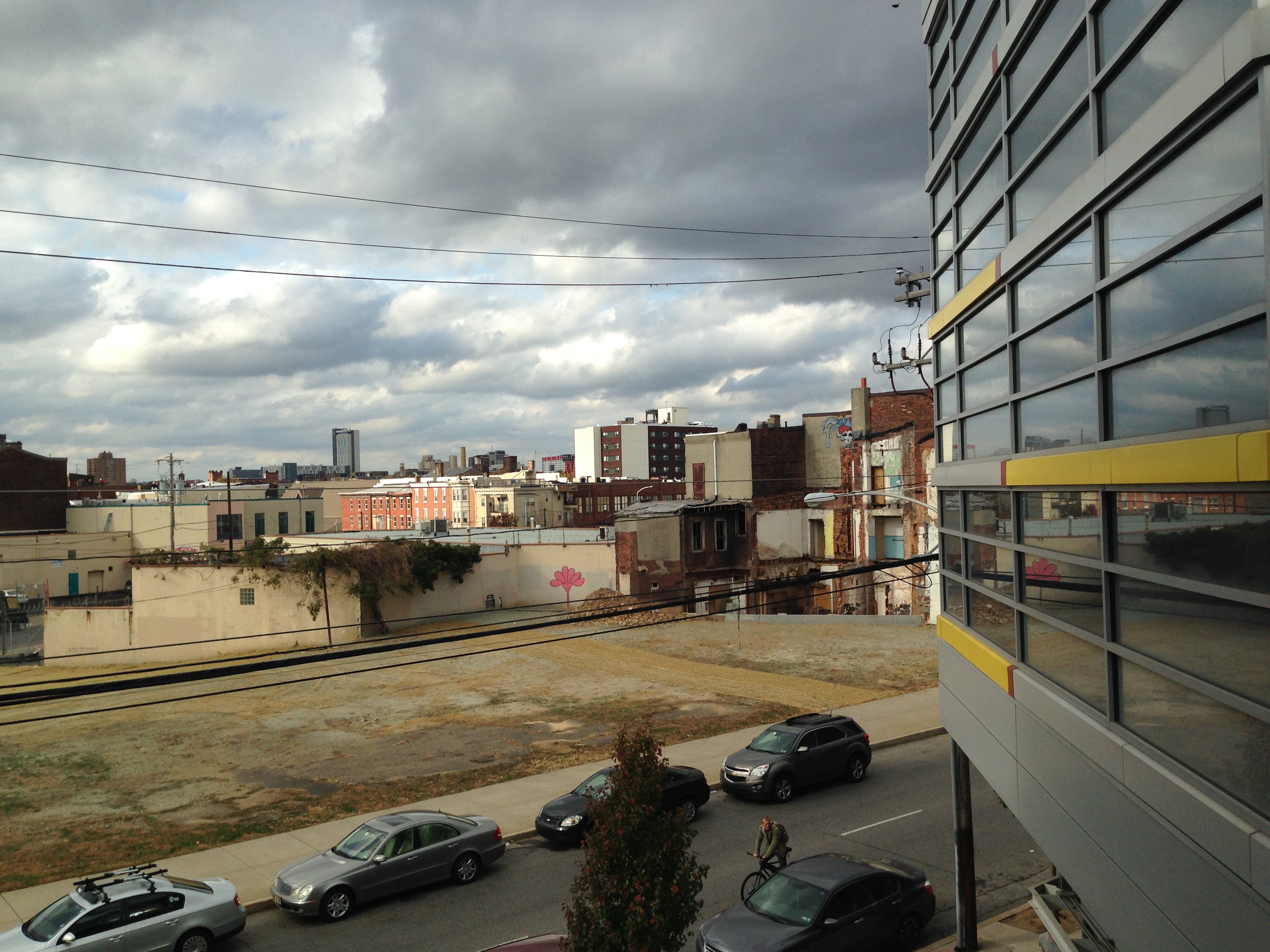 On the way to Rhode Island, we saw an epic statue of some crazy-ass disembodied horse head, and in a field nearby was a man casually standing over the bloodied corpse of a dead deer, hands in pockets and pensively staring at the gaping wound in its side. I guess that’s New York for you. 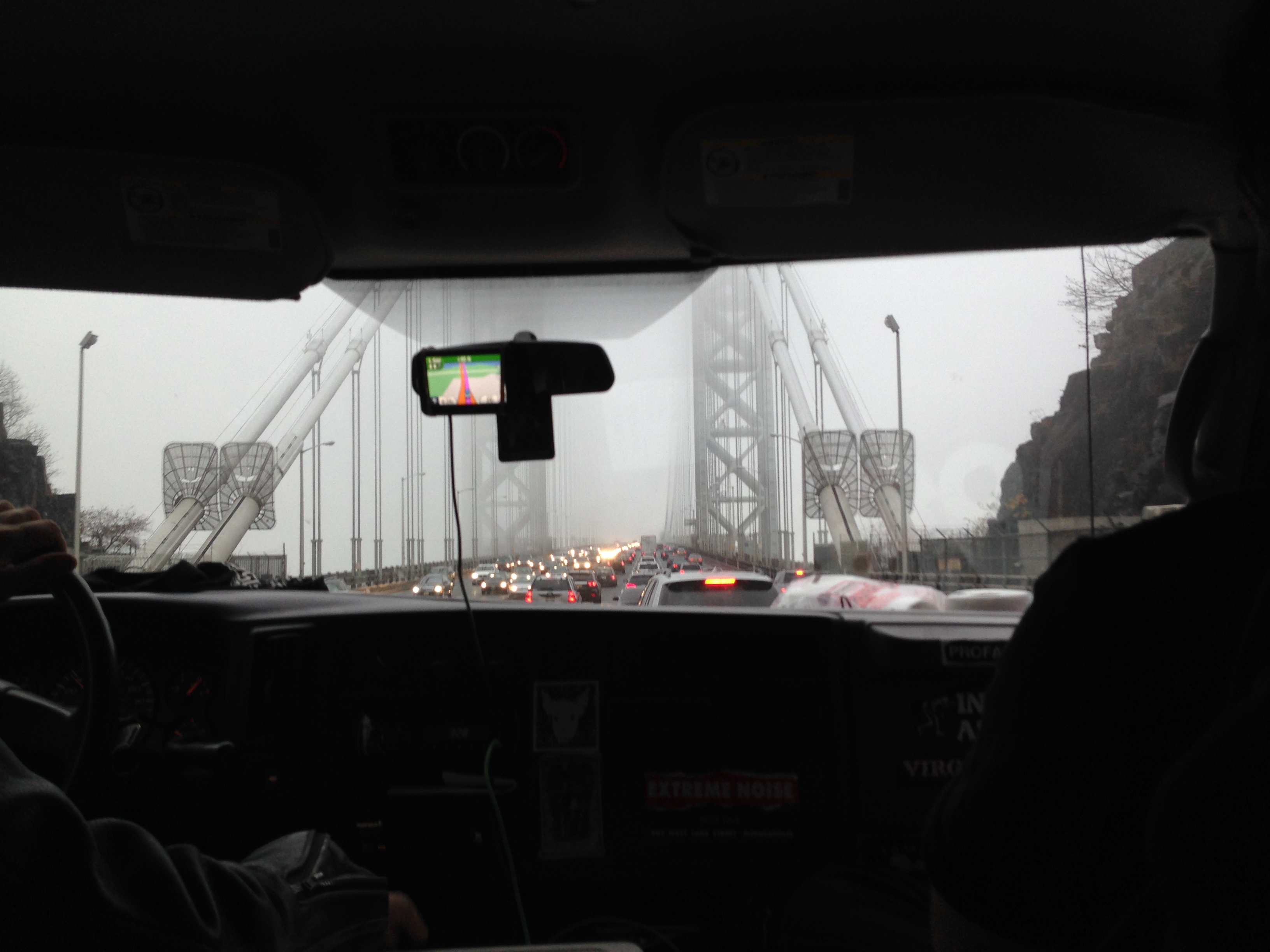 We got to Dusk around 7:30 PM, and Jeff and I immediately hopped in Ramming Speed’s paraplegic party bus to drink beer and debate over how awful/worthwhile their rotten, fungus-filled cooler was. Venomizer opened the show, and the place instantly filled up with metalheads and thrashers. 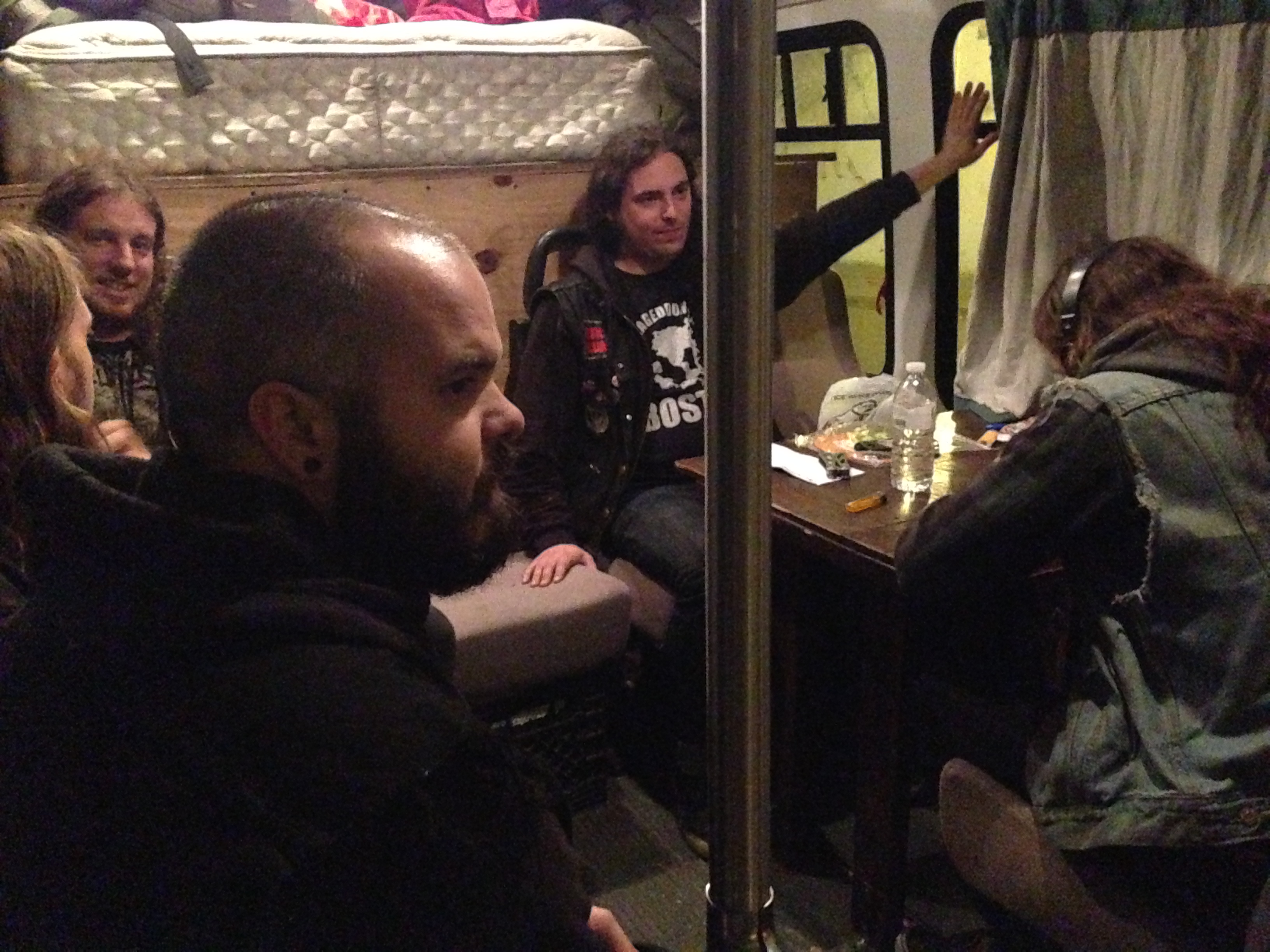 In Defence went on 2nd, and put on an awesome show: Ben acquired a bullet belt, and his ridiculous banter in-between songs had people laughing and cheering. I slipped on beer while moshing for them and crashed into the bar, then grabbed a mic during ‘The Police are Fucking Rad’ and did backing vocals for the song. They ended their set to the thunderous applause of the eighty-some people in attendance. 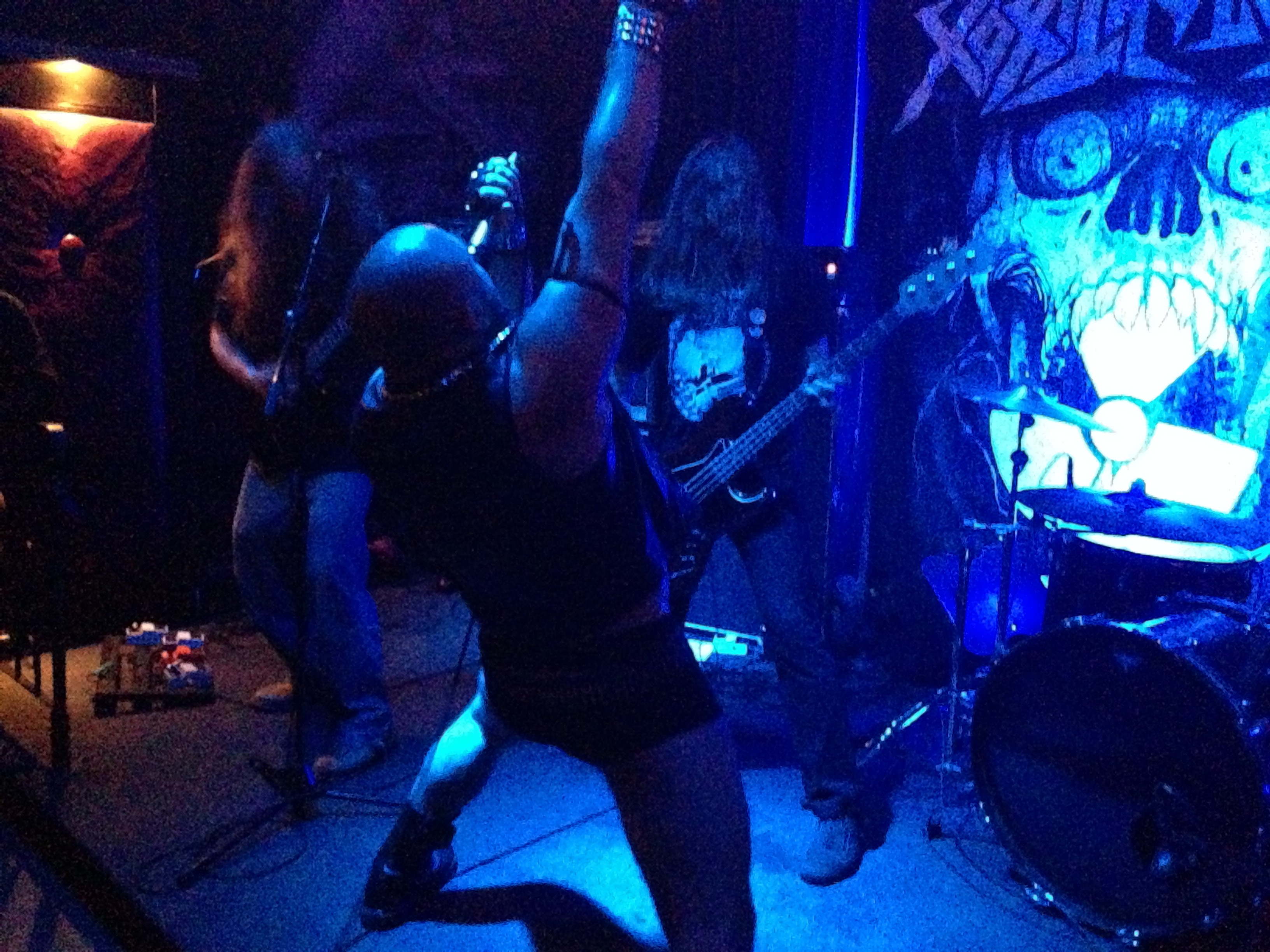 Ramming Speed went on 3rd, and I really dug their performance—they are incredibly tight live, and their energy and passion is make that evident from the first note struck to the last. I filmed a few of their songs, and I’ll be periodically uploading footage of them (along with In Defence and Toxic Holocaust) throughout the tour. No complaints from me whenever those dudes are playing. 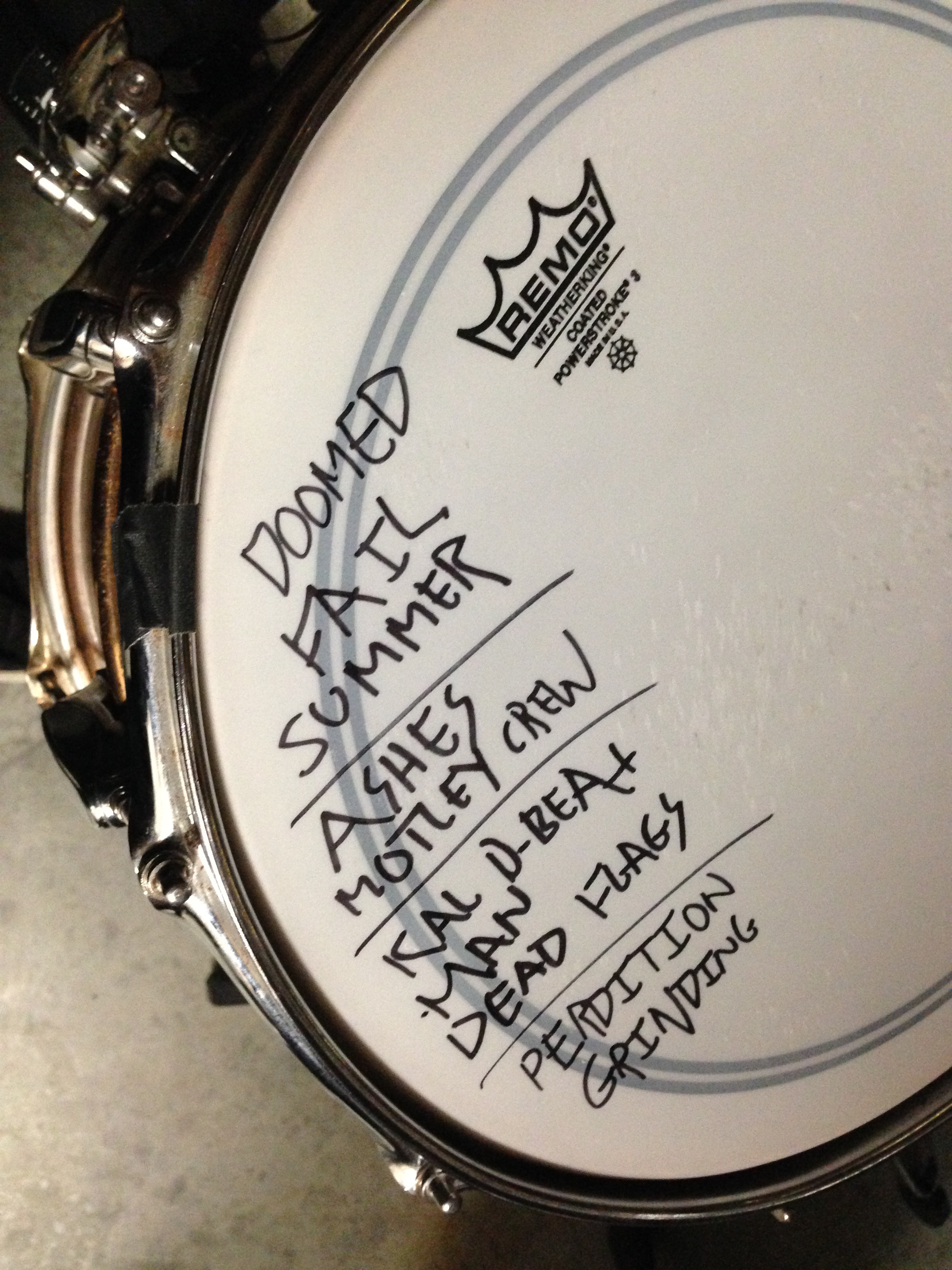 Toxic Holocaust played last, and once again, they fucking destroyed the place. They are just impossible not to love; they are amazing performers, their live set is perfectly chosen, and Joel Grind’s introductions to each song make it impossible not to mosh and get sucked into their music. Phil is an incredible bassist, pounding his chest and headbanging like mad while he plays, and Nick is a madman on the drums—he broke his snare at one point, ran and grabbed another one from Ramming Speed, and was playing the next song within a minutes time. 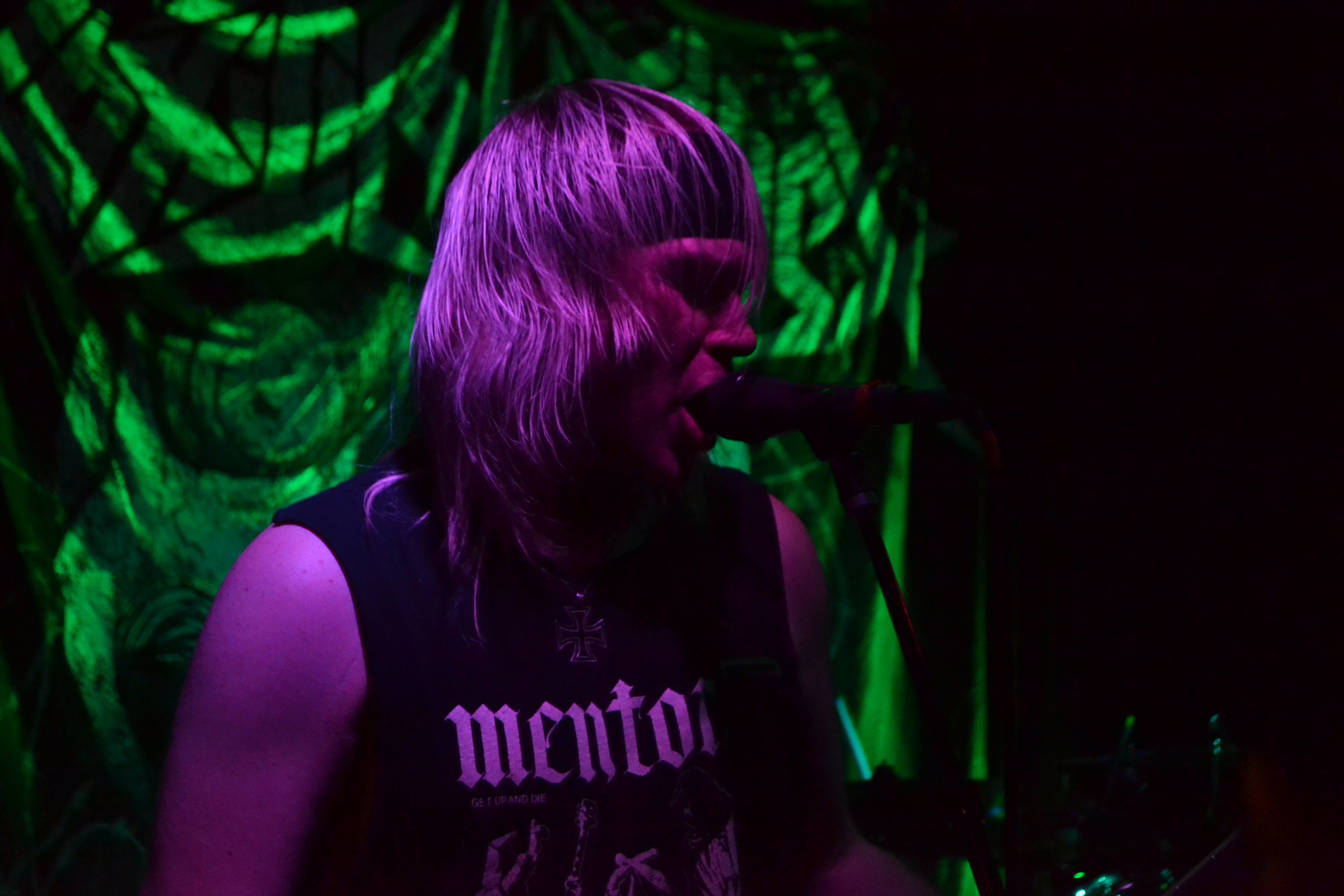 We went to the house of Nicholas Adams along with Toxic Holocaust to party  after the show, and he entertained us with some badass hardcore records and stories about his experiences working at a tattoo/piercing shop. I fell asleep around 4 AM to the cacophony of Joel, Nick, and Phil all snoring in unison, and woke up at one point to Phil stepping on my arm while trying to find the bathroom—no hard feelings dude, I’m sure I’ll get you back at some point on this tour. 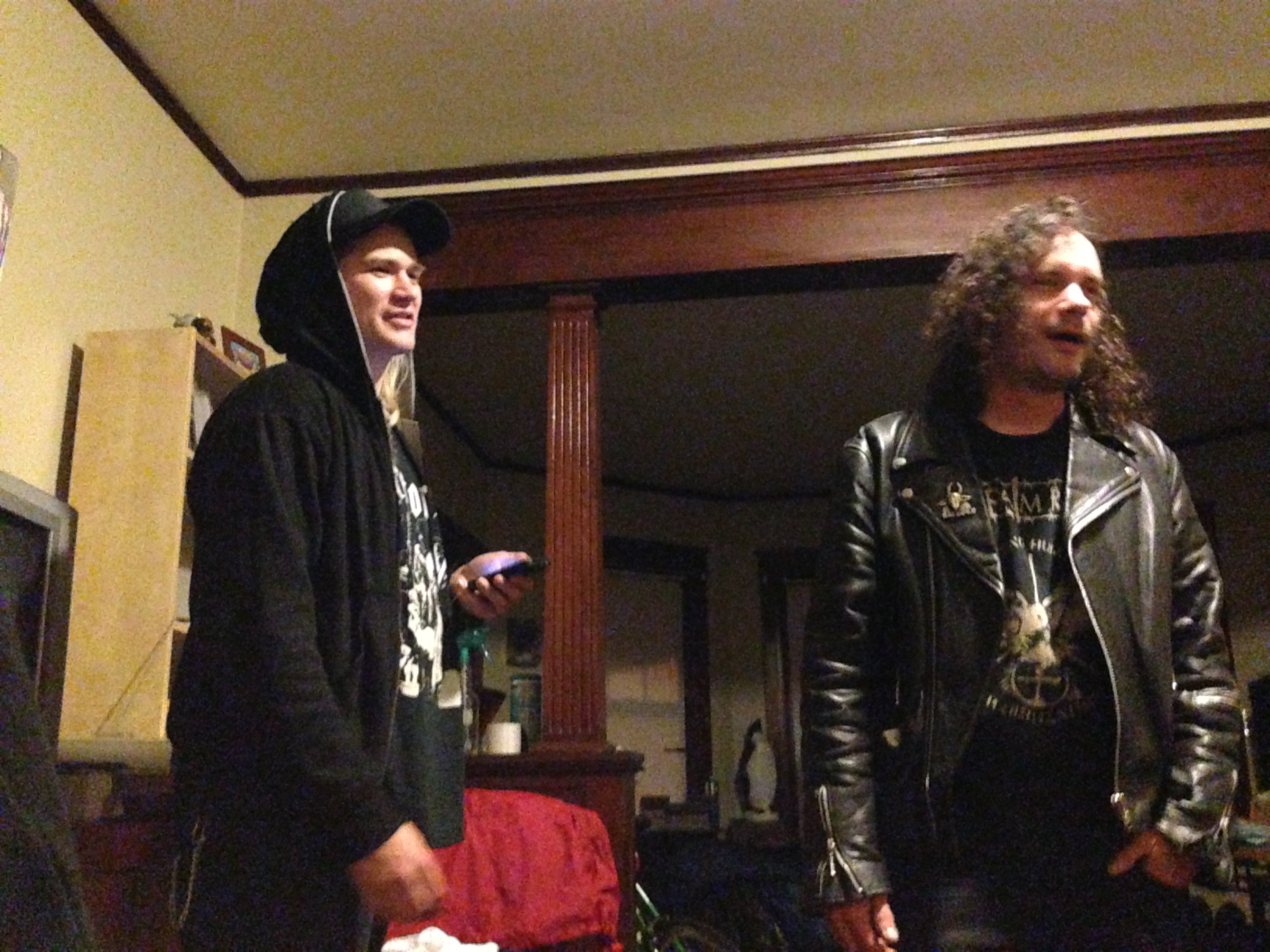 In Defence headed out from Providence around noon, and hit an awesome vegan bakery on the way out. I slept most of the ride—god damn this cold—and woke up when we were passing through Boston, Massachusetts. We got to the venue and immediately set to drinking craft beer and consuming dollops of rice, peppers, chicken, and salad, and as I type the local band Led to the Grave is shredding to a packed room. I need to go set up my camera gear to film Ramming Speed, In Defence, and Toxic Holocaust, but I will update again within the next day or two. Thanks for reading my Nyquil-induced ramblings, and I look forward to updating you all again soon. Cheers.