This update is going to be relatively short and sweet. Tour mode has really started to set in, and we’ve been bouncing from one club to another at a head-spinning rate. I write this from the floor of one of the various good-Samaritan houses we’ve been fortunate enough to sleep at, and after the last couple of days, we could really use a good nights sleep. 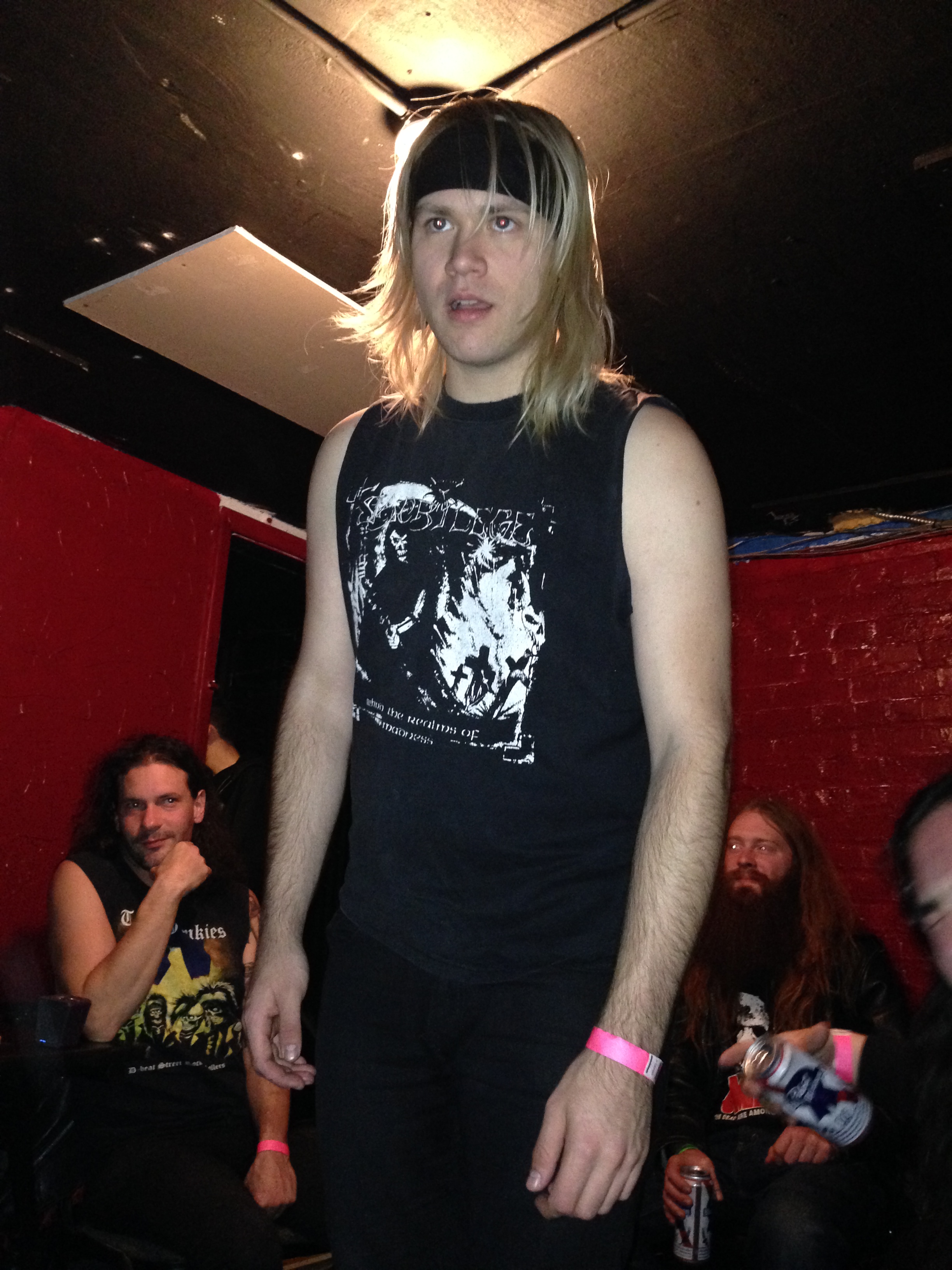 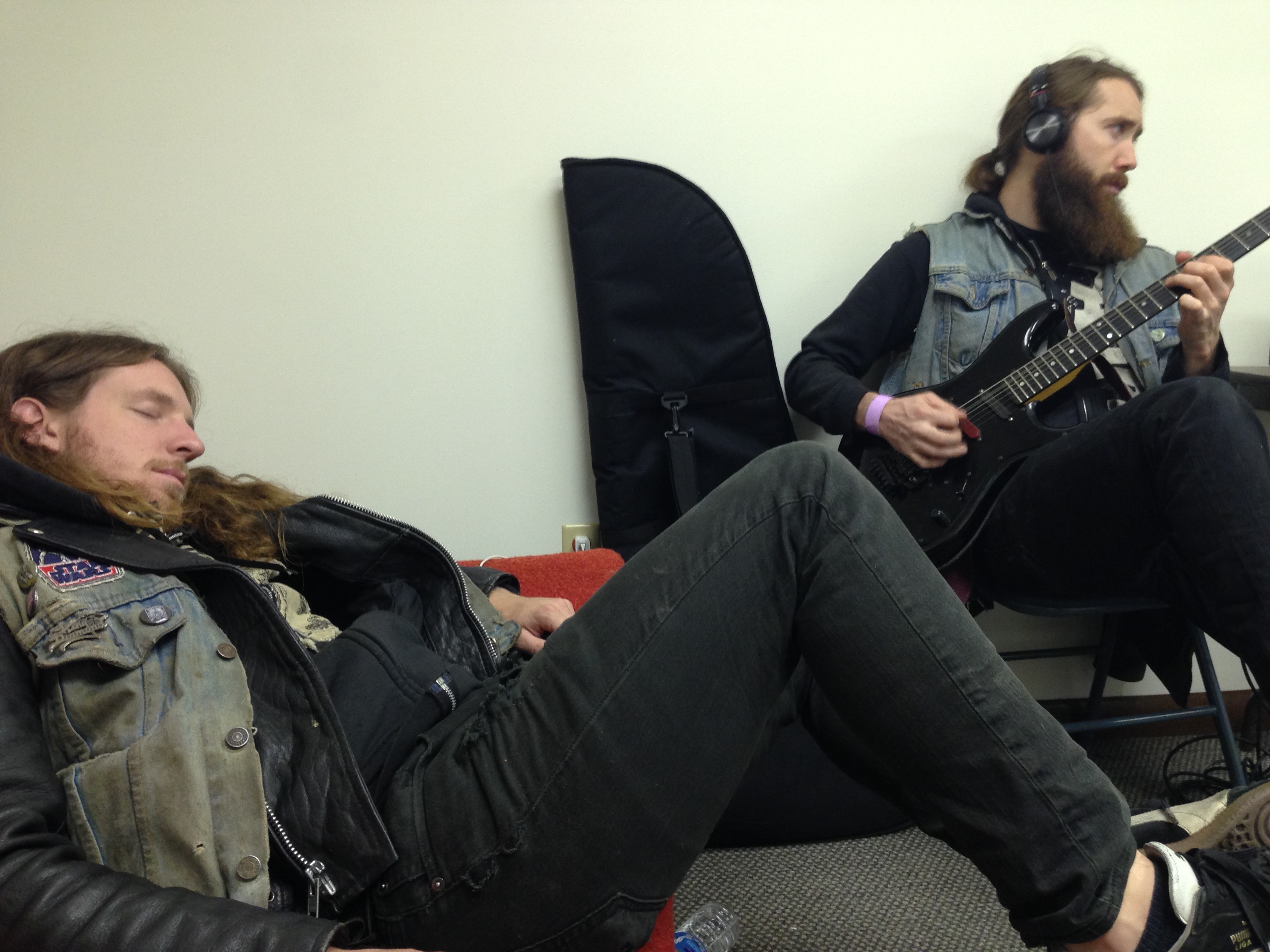 We played Lakewood in Cleveland, Ohio on the 23rd, and had the pleasure of seeing Nuklear Hellfrostand Vindicator play—both amazing bands compromised of amazing dudes. Andy from Nuklear Hellfrost put us up for the night, and after a reasonably epic party with our brothers in Ramming Speed, we woke up early to head towards Dayton, Ohio. 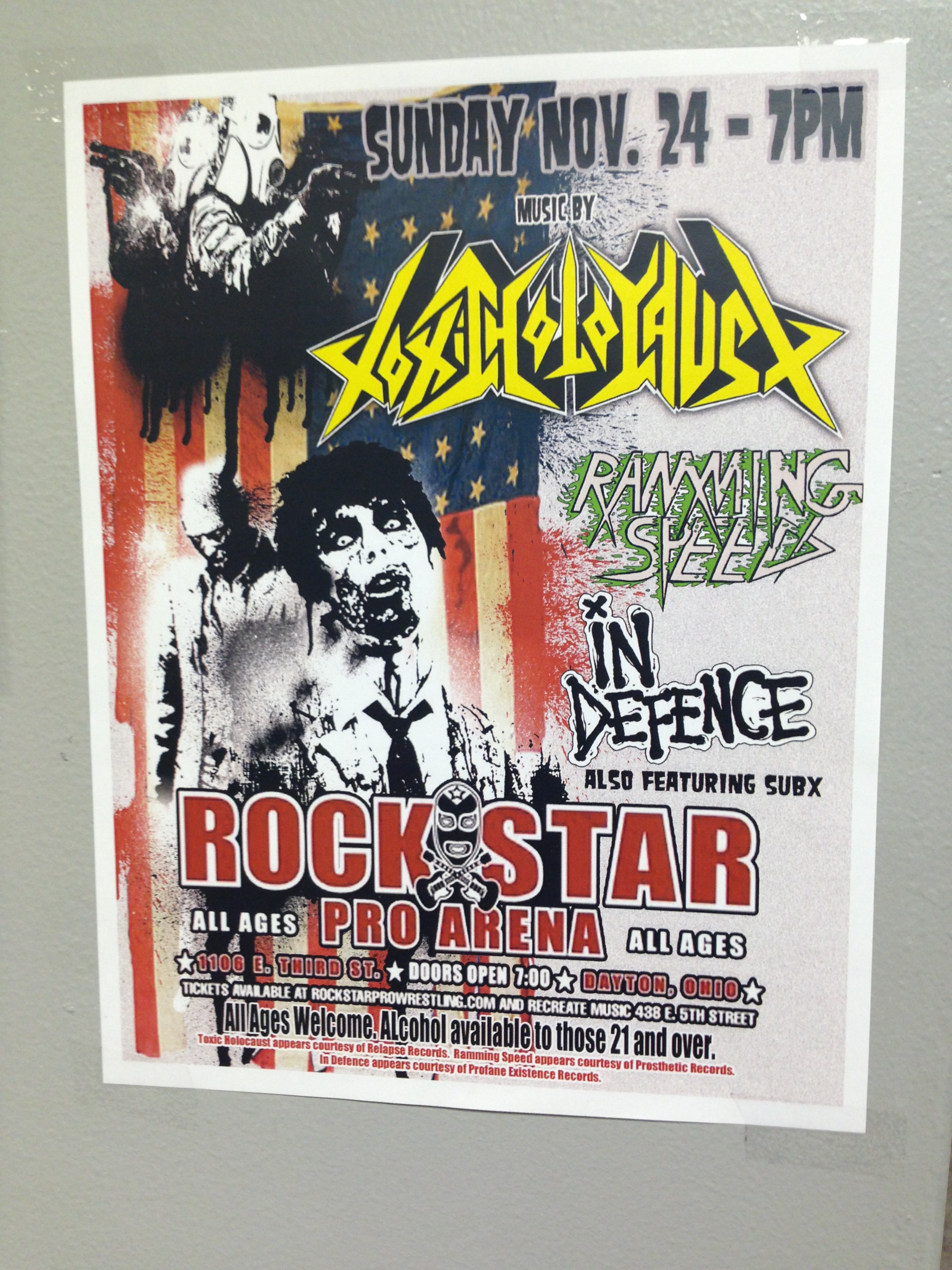 We got to the venue in Dayton, and all three bands loaded in at the same time… to discover that our ‘venue’ was also a professional wrestling arena. Immediately to the right of the stage is a full-sized wrestling ring, complete with ropes and turnbuckles, and our combined excitement was palpable throughout the night. 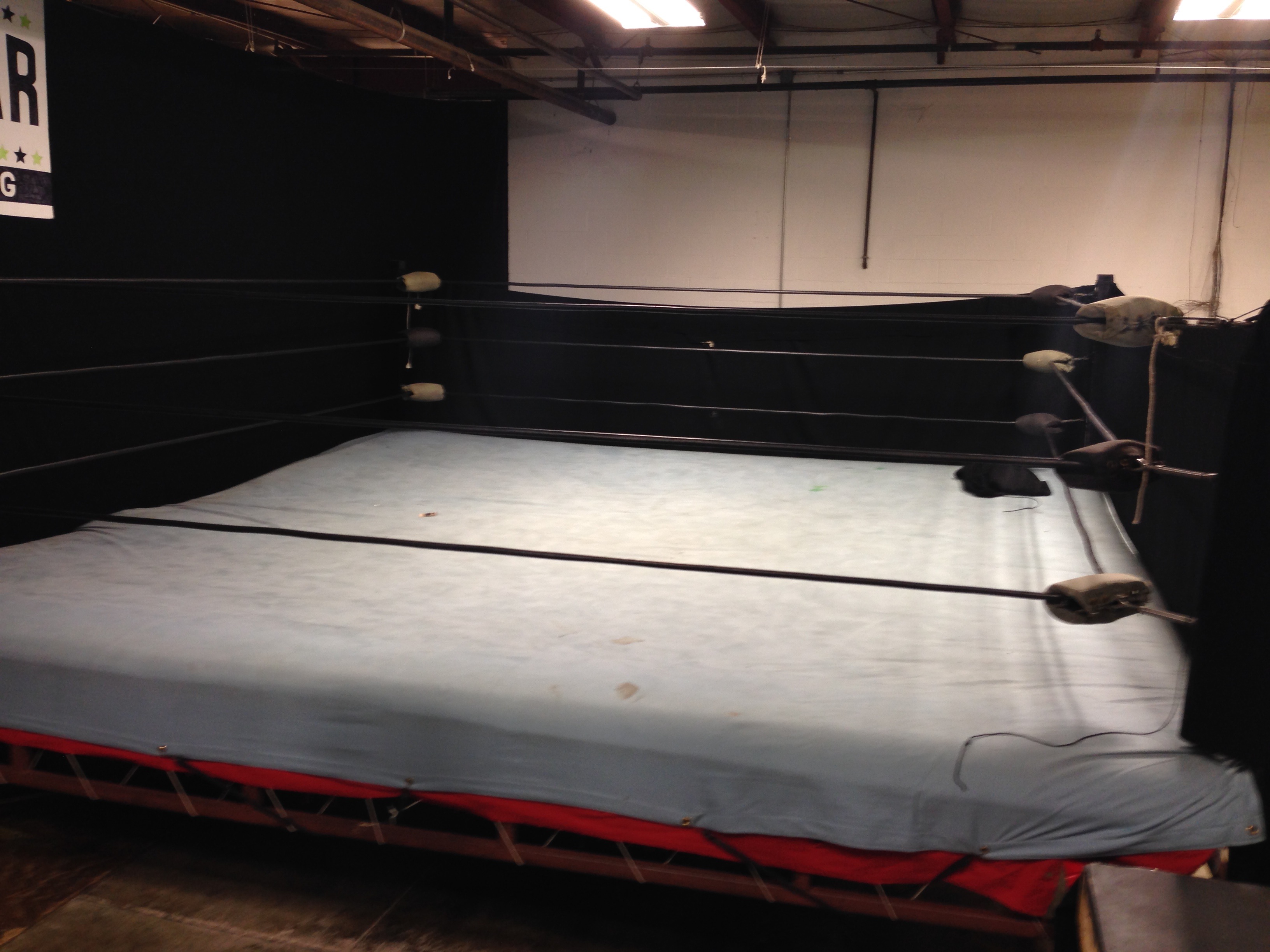 In Defence went on after the two badass local openers, Sub-X and Fleshwar, were done performing. After a healthy dose of Ben Crew’s usual banter, he called out a pro wrestler, Dave Crist of The Irish Airborne, challenging him to prove that pro wrestling was more powerful than The Force from ‘Star Wars’. Dave came up and shoved Ben into the crowd, to which Ben retaliated with a shoulder-bump of his own. Dave suddenly dropped low and side-kicked Ben right in the face, knocking his sunglasses off and sending him sprawling to the ground, seemingly unconscious. Just when it seemed as though Ben wouldn’t get up, he raised his hand in an imitation of Darth Vader’s Force Grip, and Dave’s hands flew to his throat, eyes bulging. People started realizing around that time that the whole confrontation was staged, but right up until the moment of telekinetic battle, people were ready to jump in and intervene (and Ben certainly did not fake getting kicked in the face).

After resounding sets by Ramming Speed and Toxic Holocaust—and subsequent autograph-signing and merchandise peddling by the bands—the fans filed out, and we went back out to the main room to discover that the wrestling ring had been uncovered, and the lights above it were on. Kevin Alter and Ben Crew immediately jumped in and started giving each other bumps, and moments later Dave Crist rolled into the ring, ready to show us how pro wrestling is done. 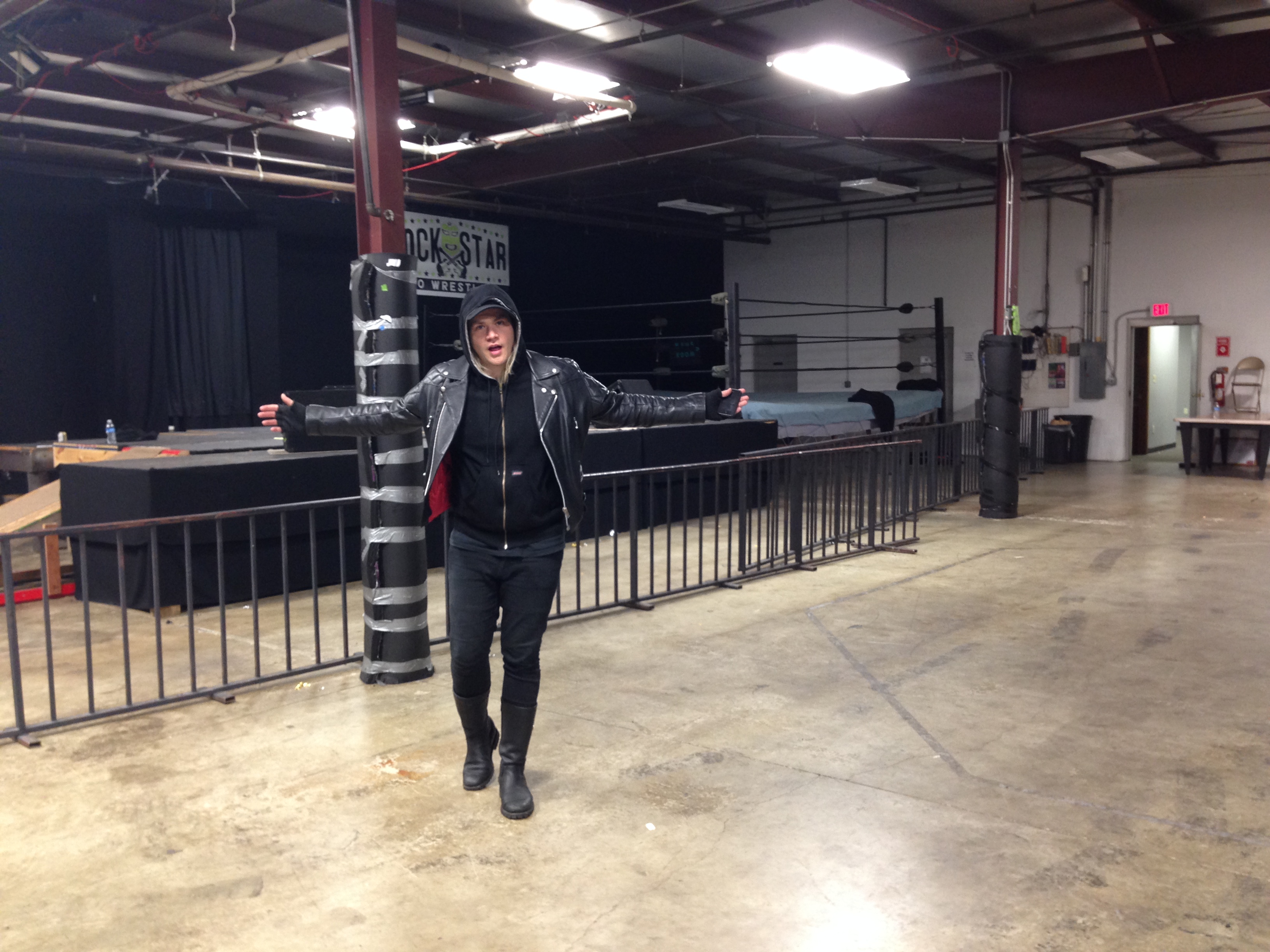 I handed my camera off to Tony Hoff and jumped into the ring, and for the next half-an-hour we all received a bunch of bodyslams and submissions via Dave Crist. He is an incredible wrestler, and was able to back-flip (Moonsault), elbow drop, et cetera onto us multiple times… all without grievously injuring anyone. I took a few hard slams, and Kevin took a flying elbow drop from the top rope that left him writhing and crumpled in the middle of the ring. Ben Crew showed an amazing proficiency for the moves Dave was teaching him, and Dave even let him perform a few bodyslams and inverted drops onto him before the night was through. All of this was caught on film, and the video will be up on the In Defence facebook page within the next week. It was an amazing night, and we left the venue in very high spirits. 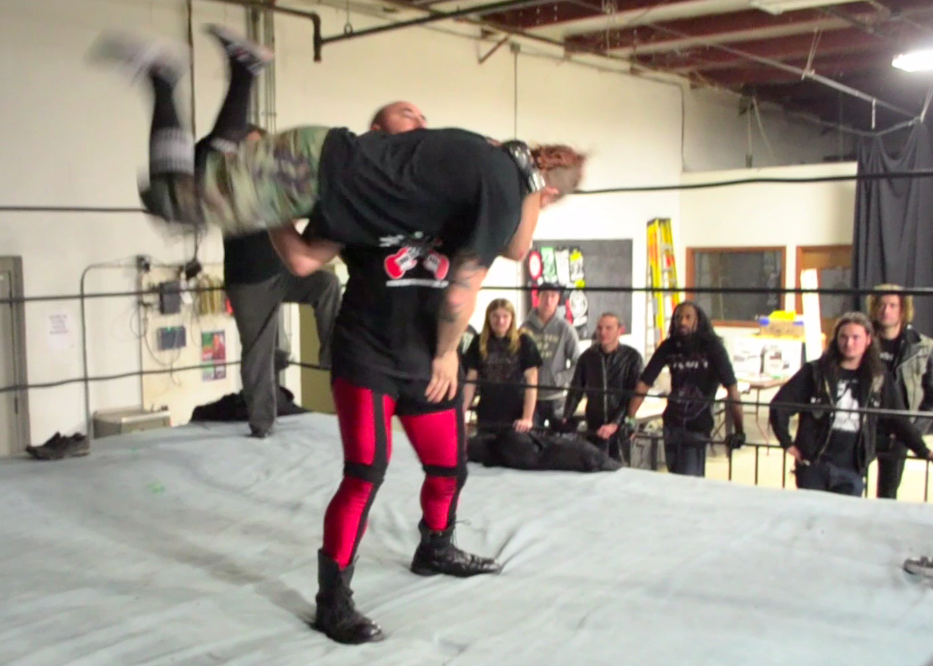 After a combined Toxic Holocaust/Ramming Speed/In Defence/Sub-X after-party, we headed to Detroit on the morning of the 25th. The venue, Magic Stick, is a sleek venue with a full-sized bowling alley in the basement and a large, spacious concert room upstairs. The place quickly filled up with over one hundred paying customers, and shortly after 7 PM Hellmouth and From Hell took the stage. This was one of the best shows of the tour as far as crowd participation goes, and during the performances of In Defence, Toxic Holocaust, and Ramming Speed, people were going absolutely crazy: circle pitting, crowd-surfing, and moshing like mad. 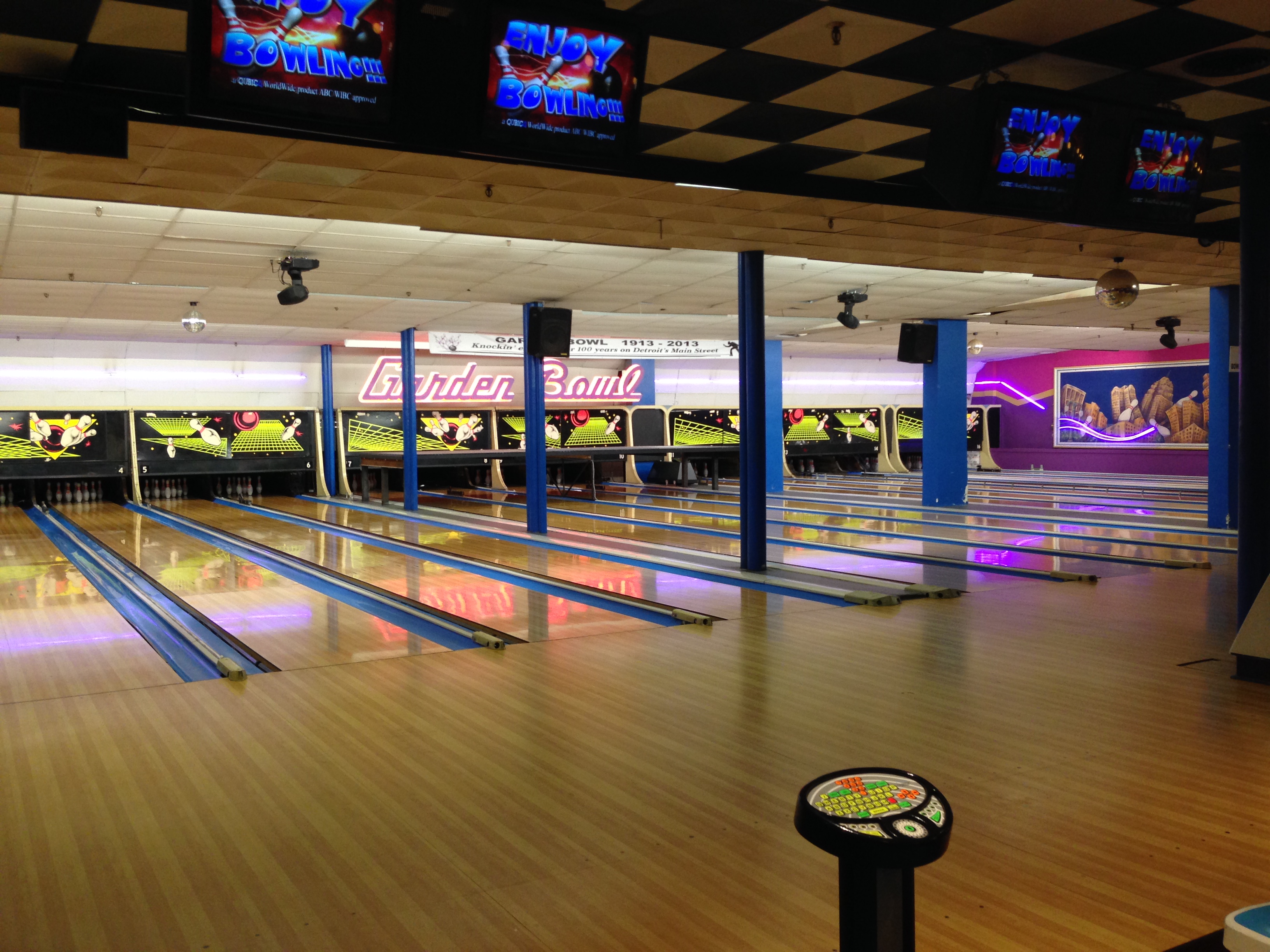 Throughout the show I was able to eat a ton of incredible food, drink some fine beers in the back room, witness Joel Grind’s pre-show warm-up of hip-thrusts and sexy dancing (sorry, Joel, I had to), and set up a portable audio unit owned by Nick Rage of Toxic Holocaust, to dub over the live videos I’ve been recording of their performances. We loaded our gear down the treacherous three flights of stairs after the show, then drove to the aforementioned good-Samaritan’s house to relax—or, in Phil Gnaast’s case, rip a phone book in half and light his farts on fire (Phil is probably one of the coolest fucking dudes I’ve ever met).

I was fortunate enough to listen to Joel Grind discuss his personal views on the music industry, his rise throughout the years from a DIY metal-punk living in Delaware, self-recording and self-releasing all of his music, to a professional musician, traveling the world and having his albums available throughout the globe. It was truly humbling and inspiring to hear about his journey, and as an amateur musician myself, it certainly inspired me to work harder and accept nothing less than the goals I have set for myself and the bands I am incorporated in (heyInvidiosus, Aetheric, Enter the Worms, Grind Fuck Railroad… I miss you guys, and you’d better be ready to get to work when I return). 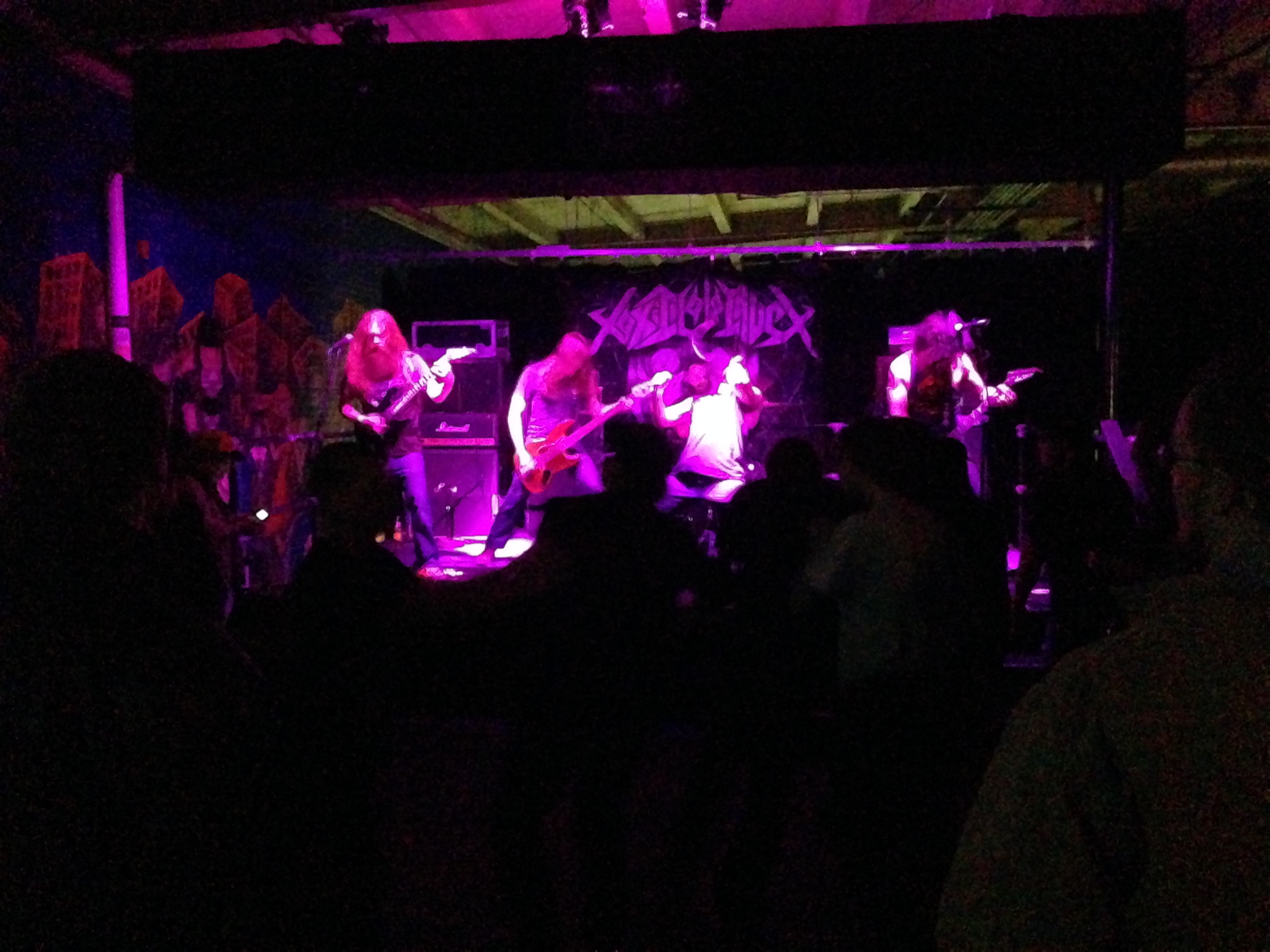 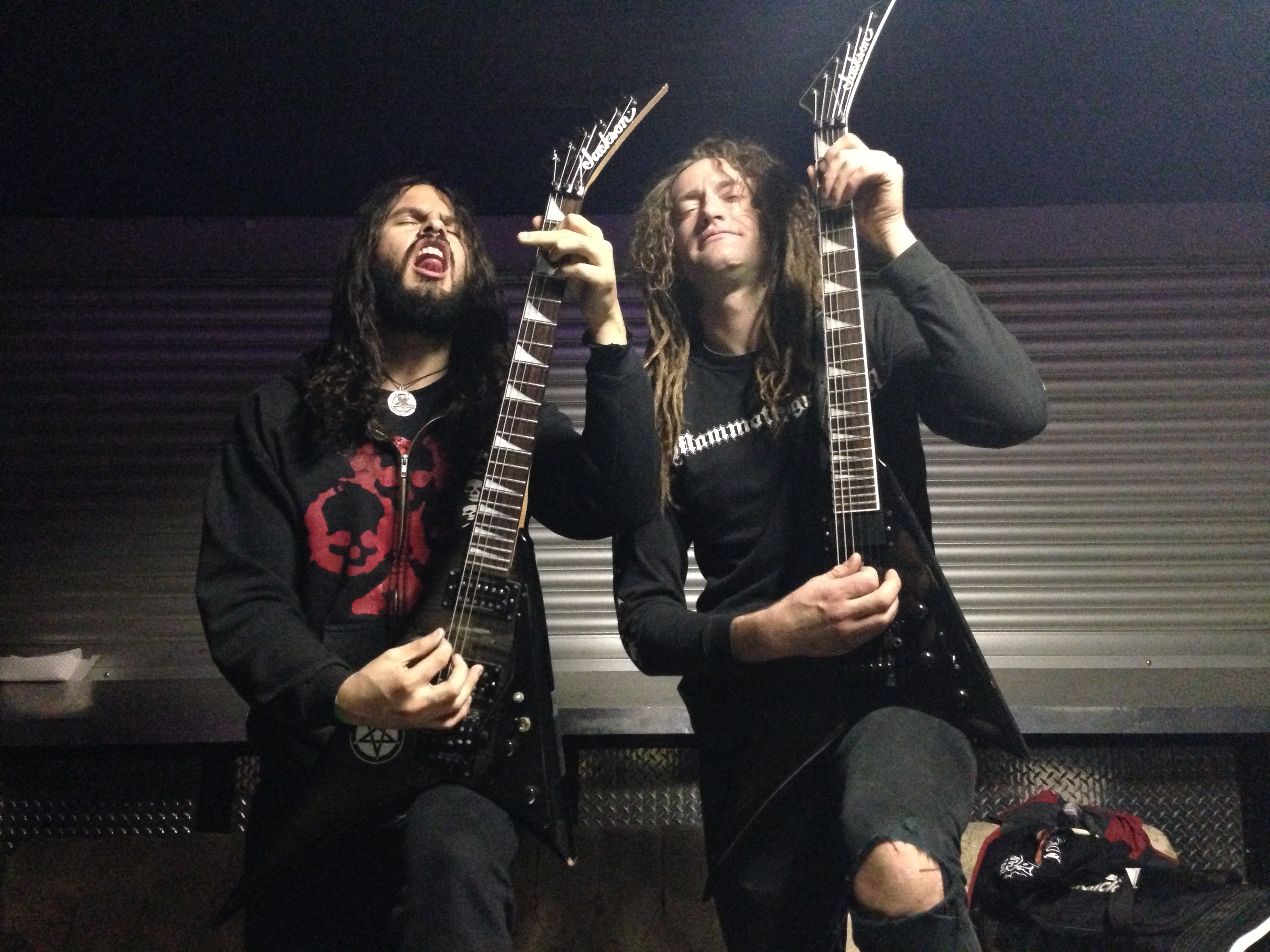 We’re on our way to Reggie’s in Chicago tonight, and already I am dreading the end of this tour. I’ve learned a lot, met a ton of amazing people, and I’ve been fortunate enough to hang out with some of my favorite musicians and bands for days on end. I truly wish it would never end, and I’ve been thinking a lot about the necessary steps to continue (or at least incorporate, as often as possible) this lifestyle of traveling and performing in different places every night. Thank you all for reading, and I promise my next update will contain more awesome anecdotes about Ben Crew tumbling off stage during his performances, or Blake from Ramming Speed’s stories about puking fathers in Detroit, Michigan—seriously, I haven’t laughed that hard in a long time. Thanks to Nefarious Realm and Profane Existence for posting these updates, and I hope to metaphorically ‘see’ all of you again soon. Cheers, everyone.