I have never written a show review before. This show was incredible, one of the best I have been to in a while. I know the review is a bit late, but I still wanted to post this cause the show was so good it deserved a review. Victoria has an amazing scene going on these days which has grown in some very positive ways over the years. I am glad to be here and be part of it.

I was feeling pretty anxious before the show, and if I hadn’t told a few

friends I was going I might have skipped out. It has been a while since I enjoyed a show this much. These days I often get a lot of anxiety and so I end up skipping a show or just feeling really unsettled the entire time and unable to enjoy the music.

The show took place at the Rat Shack a local DIY venue, and it was packed. I missed the very beginning; I heard they started by talking about the Sinixt people and their struggle, and why it is important to support. I came in about half way through NotⒶCost’s set. They are one of Victoria’s newest bands, and this was their second show. They were well practiced, and definitely don’t sound like any other bands around here. A very unique sound – although not really my thing personally. Still their performance was impressive just in how together they are considering their all pretty young as a band, and for some this is their first real band. I know a few of these folks personally as well and know they are good people who are political, active, and in this for all the right reasons, so I look forward to seeing where they go as a band and as individuals as they develop more.

AHNA played next. I really love this band, if you haven’t seen them yet I highly recommend them as they are a real treat. Their set sounded like a wall of fucking noise hitting you, as it filled the room. Noisy, crusty, heavy as hell, AHNA is also quite unique though and seem to take influence from the noise genre as well as crust, sludge, and grind. Between songs there was still so much noise that it gave them a consistency that felt different from all the rest of the bands, and from most I have seen. AHNA is one of those bands that when I first saw them I could barely stand them, but the next time I saw them was about 2 years later in Calgary and I was completely blown away. I am extremely glad I gave them a second chance as they have become one of the few bands I look forward to seeing.

Storm Of Sedition came up next and picked up the tempo a bit with something a little closer to traditional crusty punk. They are a newer local band, formed of long time seasoned musicians who have played in numerous of my favorite bands over the years; and it really shows. With members who have played in Mechanical Separation, Leper, Mutiny, as well as a couple current members of ISKRA. Storm of Sedition is tight, and well practiced, they have great crusty riffs With back and forth vocals, female and male, and with that driving sound I love that usually only d-beat bands can satiate; but they were a little bit more complex than the average generic d-beat band. Aside from the music one thing I really liked about Storm of Sedition is that between songs when they stopped to introduce the next song, they made sure there wasn’t a bunch of feedback or anyone playing while they were talking – so you could actually hear what the songs were about. This is especially important with bands that have dirty sounding screaming vocals over heavy music. SoS had an anarchist-primitivist influence; even having a song about the connections between the culture of mass shootings and it’s connection to our alienation from nature. I fucking loved it. I loved their set, and look forward to their recordings. Every town needs a good straight up punk as fuck band.

to follow. They seem to be known for doing that. I have seen ISKRA play in vic since the first week I moved here in 2005 and I never get sick of hearing them. Few bands can bring what they do. Fast intense guitars and complex fast drumming with blackened riffs, incredible vocals, heavy as fuck and again great politics –over the years ISKRA has only become heavier, tighter, and more intense. They started off their set by reading a long piece written by a friend who lives and organizes on Sinixt territories, explaining about the history, the resistance, and about the connections between the traditional ways the Sinixt have always lived and many aspects of anarchist philosophy; everyone listened respectfully as Wolf read it out. After which they began their set. Like always ISKRA didn’t disappoint. They played some of their best stuff, a mix of newer and older. People were stoked when they introduced Acceptance Not Tolerance and dedicated it to all the queers and trans people; using it as a jumping off point to talk about how protections under law will never really liberate us because a few yrs later as we have seen in the US now and elsewhere – those laws can be changed again and repressive laws brought back in. They ended their set with UAV, a song of theirs about drones. When the guitars started it felt like the room was so full of sound the walls wouldn’t hold up. It was an incredible way to end, as UVA is an incredible song and they

played it to perfection. I think people were done after that, it was a lot to take in, as few people tried for an encore but the shouts and chants were a little less than usual. None the less ISKRA accommodated by playing one final song, a cover of Amebix to close the night. The punks in the room found it within themselves to get pumped for one last explosion of energy, and then the night came to an end.

I don’t know how much was raised in the end for the Sinixt, but I know they did decent. This is a great example of what real meaningful solidarity can look like. I was glad I could be there for it.

Eight punk bands doing two songs each from bands from Latin America and the Caribbean are on this compilation to showcase the cause of how Cubans suffer from suppression and oppression and 25% of the profits of this release go to Cuba Skate, a U.S. based charity providing skateboarding equipment, clothing and better opportunities for Cuban youth. You get some punk, hardcore and even an alternative rock track on here with mostly really good production, just a couple of tracks being a bit rough, but hey, punk rock and it’s for a great cause, so I’m not going to bitch about it. The selection of bands was really good, nothing too overdone or monotonous, a bit of English mixed in with the Spanish songs, an all around good group of bands that I had mostly never heard of before. Pick this one up and help out the youth in Cuba, they could use your help, I know that when I was there on holidays in the mid 80s, I stood out from the pack with my colored hair, and these kids need help from being persecuted for their looks. (Rick E.) 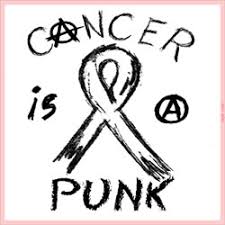 This sixteen song release is a great compilation and all proceeds go to help fight breast cancer, so you can’t go wrong with it. You get tons of unreleased songs, as well as two cover songs, one is a BEATNIK TERMITES song “You’re All Talk” and the other is a RAMONES song “Rockaway Beach”. Very good production across the board from all the bands and it’s nice to see that these aren’t throwaway songs, but good songs in their own right. You get a ton of different styles on here as well, so that breaks up the album a bit since you won’t get tired of one style over and over again, like some pop punk, punk, a little hardcore and an acoustic song as well. Even if this wasn’t for charity, it would be a compilation to pick up just because it’s that good. A lot of thought went into picking the bands and songs and it shows with the quality of this very important release. Bands included: MIXTAPES, LANDMINES, SORE SUBJECTS, CAFFIENDS, THE FIZZY POPS, BE MY DOPPLEGANGER, FLAMINGO NOSEBLEED, THE DOPAMINES, UP FOR NOTHING, THE BOSTON THIEVES, IT GOES ON, THE PUTZ, LARF, LIPSTICK HOMICIDE, TEENAGE REHAB, DIRECT HIT!